Over the initial releases of Flutter, one thing is beyond doubt, Google never fails to knock the market down with a feather. Incepted in the year 2015, Flutter after many trials announced its first stable version – 1.0 beta in 2018 and version 2.0 later in 2021.

Both versions since their launch took the internet by storm. It enabled flutter developers to add new framework capabilities & widgets alongside deeper integration with the underlying platforms, a rich library of packages, and many performances and tooling improvements.

That being said, over 500,000 applications are employed using Flutter app development services to many millions of operating systems and the count keeps on increasing every day.

Even though Flutter released the 2.0 version just the previous year, and people still accommodating to its convoluting functionality, the news of yet another Flutter app version was publicized at Google I/O 2022– The Flutter 3, a jam-packed, feature-riched with latest updates and framework capabilities that surely is changing the future of the mobile, desktop, and web app development company indeed.

In this blog, we are going to make an acquaintance with the journey of the latest Flutter 3.0 and what sets it apart from other app development frameworks. Let’s start exploring!

An Introduction to Flutter 3.0!

Flutter with its latest 3.0 release offers users a bunch of stable capabilities (including foldable phones!). The all-new Flutter includes a polished app experience with more control over app initialization and upgrades to code review tools.

It is also more compatible with macOS and Linux and Apple’s Silicon which has bridged the gap between the mobile-centric approach and cross-platform framework. Apart from that, the said technology is now the most popular UI toolkit for natively concurred applications.

With Flutter 3, you can create Avant-grade interfaces for 6 platforms from a single codebase, allocating developers’ time to work on other projects and letting companies pitch innovative ideas to the whole market potential from the start. Let’s have a brief understanding of how the journey of version 3.0 escalated.

The Journey of Flutter 3.0–

The commencement of the Flutter framework has revolutionized the app development domain so much that it is now walking miles to more enormous accomplishments.

Whether it’s combining the web’s iterative development methodology with hardware-accelerated visuals execution or pixel-level control which was previously reserved for games, the technology provides a whole bunch of facilities to users.

As per the stats, 91% of the developers stated that Flutter app development takes less time to create and deploy an application than any other framework. While 85% of developers say that it was easier for them to employ applications on various platforms than earlier.

Let’s move on to the latest features and updates of Futter 3.0 below!

Top Features and Updates of Flutter 3.0

Firebase is a backend-as-a-service app development platform that backs hosted services. In the latest updates of Flutter 3.0, Firebase expanded its capabilities and introduced Flutter as its first-class integration. From the developer’s front, they have the access to improved documentation, tools, and widgets such as FlutterFire UI offering reusable UI  for profile screens and authentication.

As per developer benchmarking studies by SalshData, 62% of the flutter app developers use Firebase during the app development process.

Flutter, on the other hand, is not intended for high-intensity 3D action gameplay.

The Flutter 3.0 version includes support for foldable phone devices. In partnership with Microsoft, new tools and widgets enable you to build innovative and interactive experiences on foldable devices.

Here are a few latest improvements you will encounter in Flutter 3.0:

Aside from that, several pull requests have been merged, providing Flutter with a significant performance gain over the previous iteration.

Flutter now enables dynamic frame rates on iOS devices with ProMotion panels. Flutter applications may now render at a refresh rate of 120 Hz on iPhone 13 and iPad Pro devices. Formerly, this was restricted to 60 Hz. This provides more fluid expertise in the field during quick transitions.

The new Flutter version also includes under-the-hood speed improvements that will improve your lifestyle much simpler. Flutter and Dart improvements include a revised lint package that helps correct most lint warnings instantly. Performance enhancements include partial repaint on Android devices that enable it, enhanced opacity animations in basic scenarios, and graphics and UI threads operating at a higher precedence than other strands on Android and iOS.

To add more, on iOS, you can now test a prototype processing backend called Impeller. This functionality precompiles a narrower, easier set of vertices during engine build time, preventing them from compiling while the app is running. You will also notice the enhanced speed with inline advertisements in user-critical activities such as browsing and page migrations.

The improvements and enhancements described above are only a handful of Flutter 3.0. The main aim of Flutter app development is to make the whole process quick and easy with the best customer experience and relatively higher performance. These were our top 5 highlights of the latest Flutter 3.0 release.

However, if you are planning to build an application with the use of this framework, you might require guidance and the usability of the latest features and updates. In such cases, a full-fledged app development company plays a huge role as it may provide all the necessary details you need to start your app development journey. 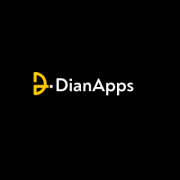 Amara
Amara works with the editorial team of DianApps, a leading company offering mobile app development company. Exploring the latest technologies, reading about them, and writing her views have always been her passion. She seeks new opportunities to express her opinions, explore technological advancements, and document the details. You can always find her enjoying books or articles about varied topics or jotting down her ideas in a notebook.
Previous In 2022, How Do You Get a Clients For Your Digital Marketing Companies? How Can Blockchain Technology Transfer the The Future of Mobile Apps? How To Increase Digital Marketing Conversions? And How to Improve your Bounce Rate?